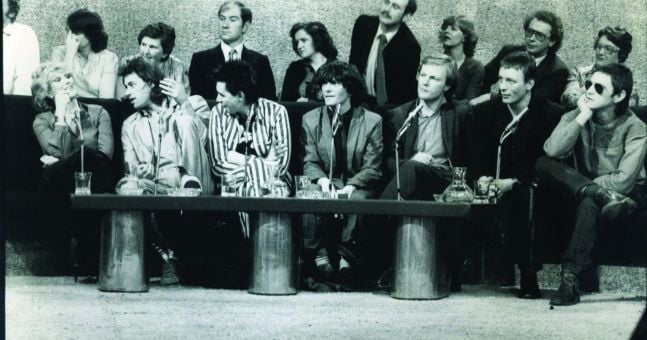 From the new Hot Press – in tribute to the late Gay Byrne – we’re sharing some of the top Late Late Show music moments….

There was undoubtedly rock and roll insurrection in the air in the year of Hot Press’ launch, and – never a man to back down from a fight – Bob Geldof was among those leading the assault on the establishment barricades. Appearing on the Late Late, the Boomtown Rats announced his raison d’etre was “the denunciation of nationalism, of medieval-minded clerics and corrupt politicians.” It was a vintage piece of rock and roll provocation which led to widespread uproar and even, allegedly, the cancellation of a major outdoor Rats gig.