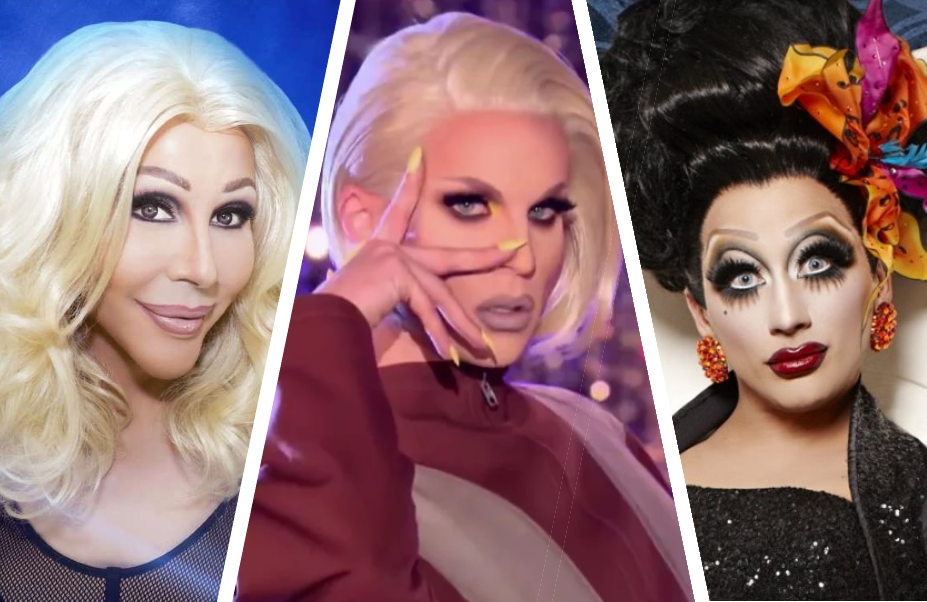 Chad Michaels, Katya and Bianca del Rio are three of the queens appearing in supporting roles in RuPaul’s new Netflix series AJ and the Queen.

Gurl, what do you think those Drag Race acting challenges were for? Our health? No! They were a decade-long audition, and now the winners get to appear on a high-profile Netflix comedy!

Well… okay. That’s not strictly true, but the January 10 debut of AJ and the Queen, which stars RuPaul as a drag queen touring the country with a precocious kid in tow, certainly seems like a Learning Annex extension course for Drag Race alums. While the main cast features Broadway star Josh Segarra and Tia Carerre (a two-time Grammy winner, thank you very much), the featured players are a virtual who’s who of queens from Ru’s runway.

Thus far, at least 22 former contestants have been revealed to be appearing in the show. That’s enough queens to create a drag reenactment of the climactic game from A League of Their Own, with girls left over to play the team chaperone, the charm school instructor, and “Older Dottie.” (Stilwell angel, however, will be played by Ross Mathews.)

But this roster isn’t merely a stunt. A closer look at the cast reveals just how many of these queens have gone on to significant TV and film careers. Even without Willam and Shangela, the combined credits of the girls appearing in AJ and the Queen are impressive. Here are six ladies we’re most looking forward to seeing in the show, along with a look at the non-reality-show work that’s gotten them to this point. 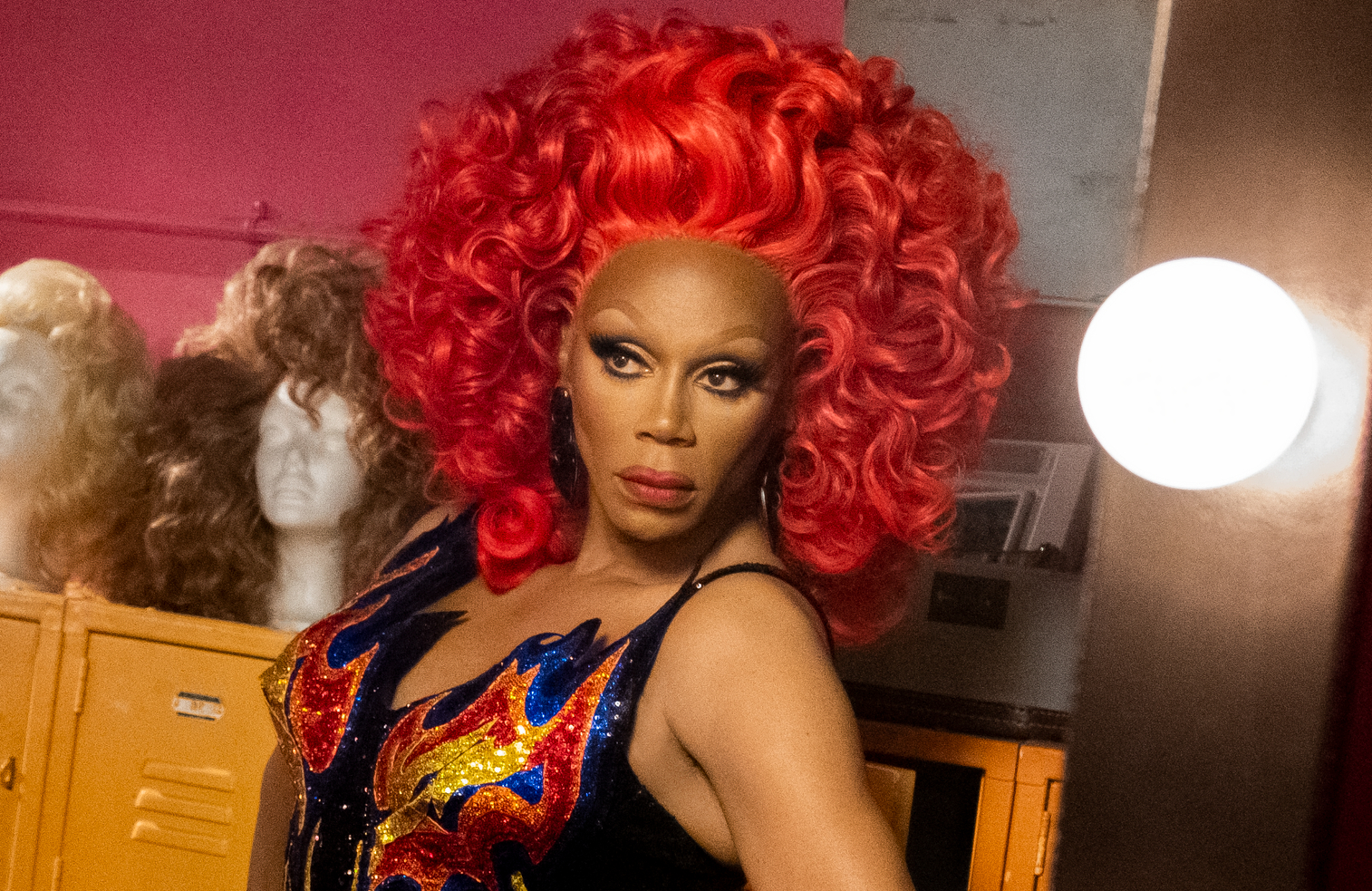 The star, creator, writer, and producer of AJ and the Queen (with Sex and the City’s Michael Patrick King), it’s kind of surprising that it took RuPaul this long to land his own fictional series. While he’s been a reality star, talk show host, and capital-P personality for decades now, he’s also been a busy actor who’s done some solid work.

Key roles: Mike, the totally butch groundskeeper at the gay conversion camp in the delicious satire But I’m a Cheerleader; Marcel, the ferociously over-it restaurant manager in Broad City 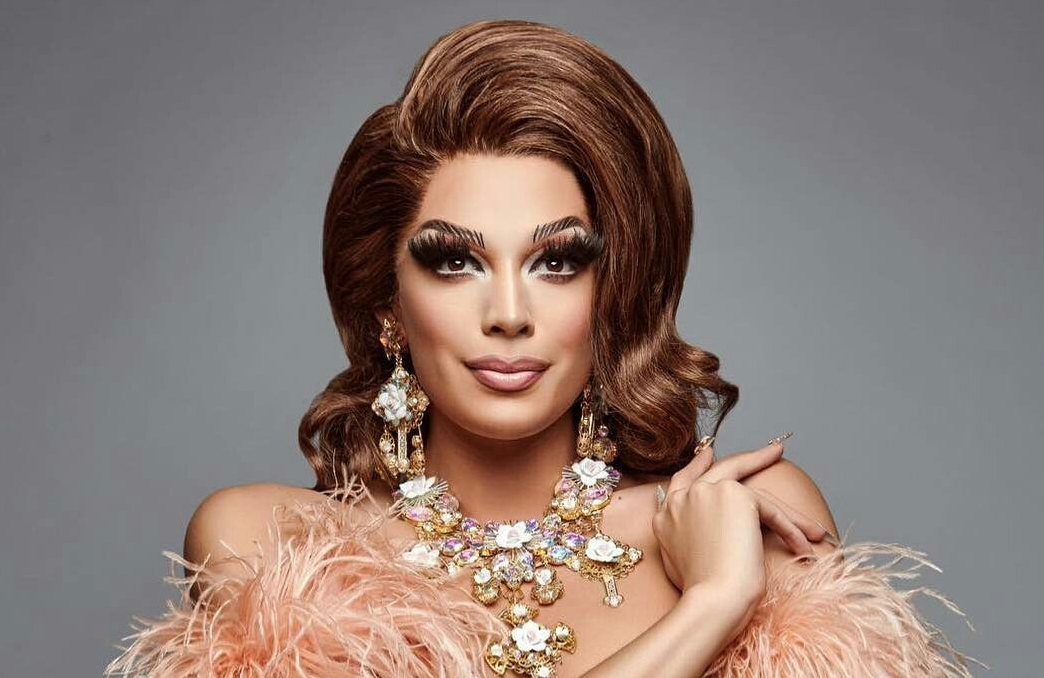 Whether you consider her an all-time Drag Race villain or an all-time master of manipulating the show, you have to acknowledge that Valentina has the all-important charisma of a star. Plus, she’s a decent singer. 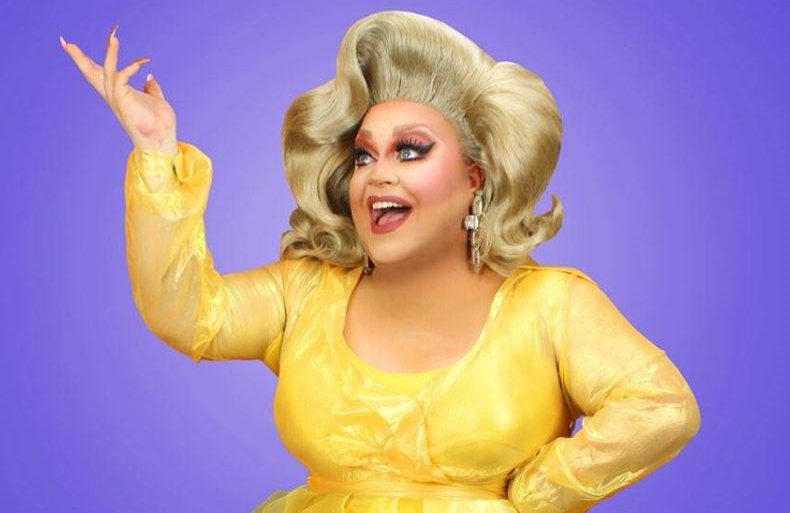 Ginger had a weird trajectory across both Drag Race and All-Stars, where she was obviously skilled but never quite became a breakout. Since then, she’s carved out a solid career that spotlights her comedy chops and her musical theater knowhow. Her starring role in a Florida production of Avenue Q seems like the perfect fit. 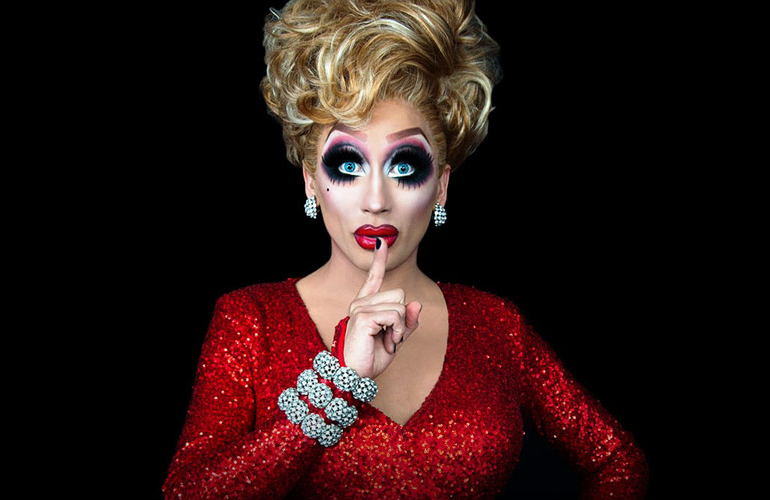 After giving perhaps the all-time best roast performance in Drag Race herstory — remember her gag about buying tennis balls for everybody’s walkers? — Bianca went on to create a media empire that includes movies and stand-up specials.

Key role: Richard Martinez, a teacher fired for being gay who returns in female drag to show the haters what’s what in the indie film Hurricane Bianca. (There’s also a sequel, with the excellent title From Russia With Hate.) 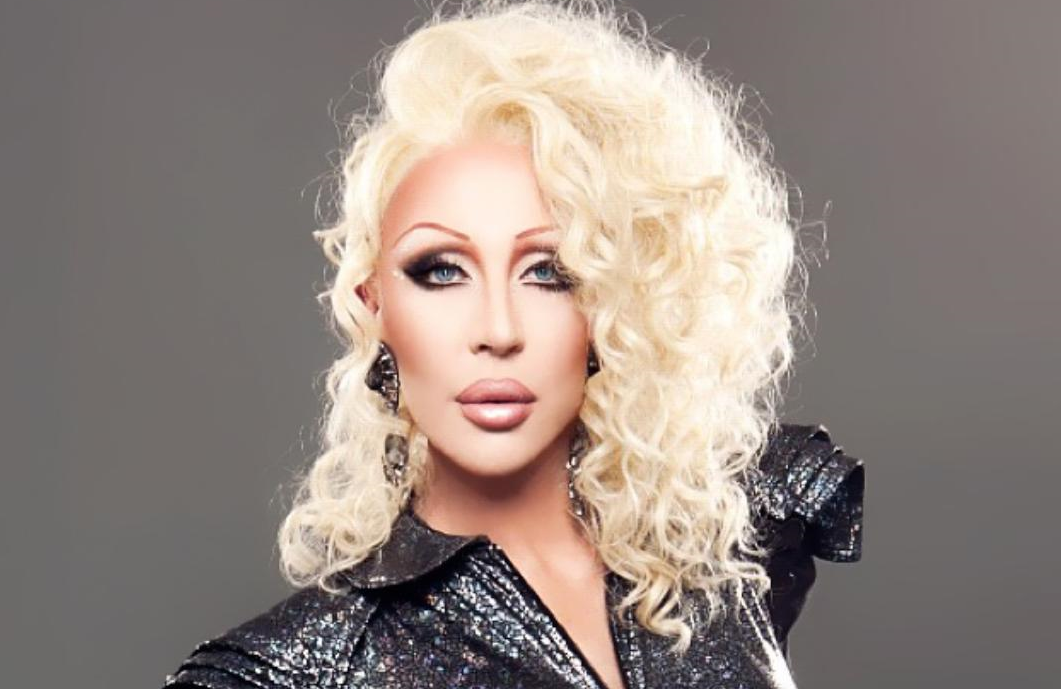 Chad is one of the most put-together queens ever to appear on Drag Race, with her professionalism, generosity and her perpetually excellent outfits inspiring us all. It’s always a treat to see her, and here’s hoping she’s got some meaty stuff to do on AJ and the Queen.

Key role: Cher, obviously. Chad has been billed as “Cher” or “Cher Impersonator” on everything from 2 Broke Girls to Kath and Kim to Jane the Virgin. 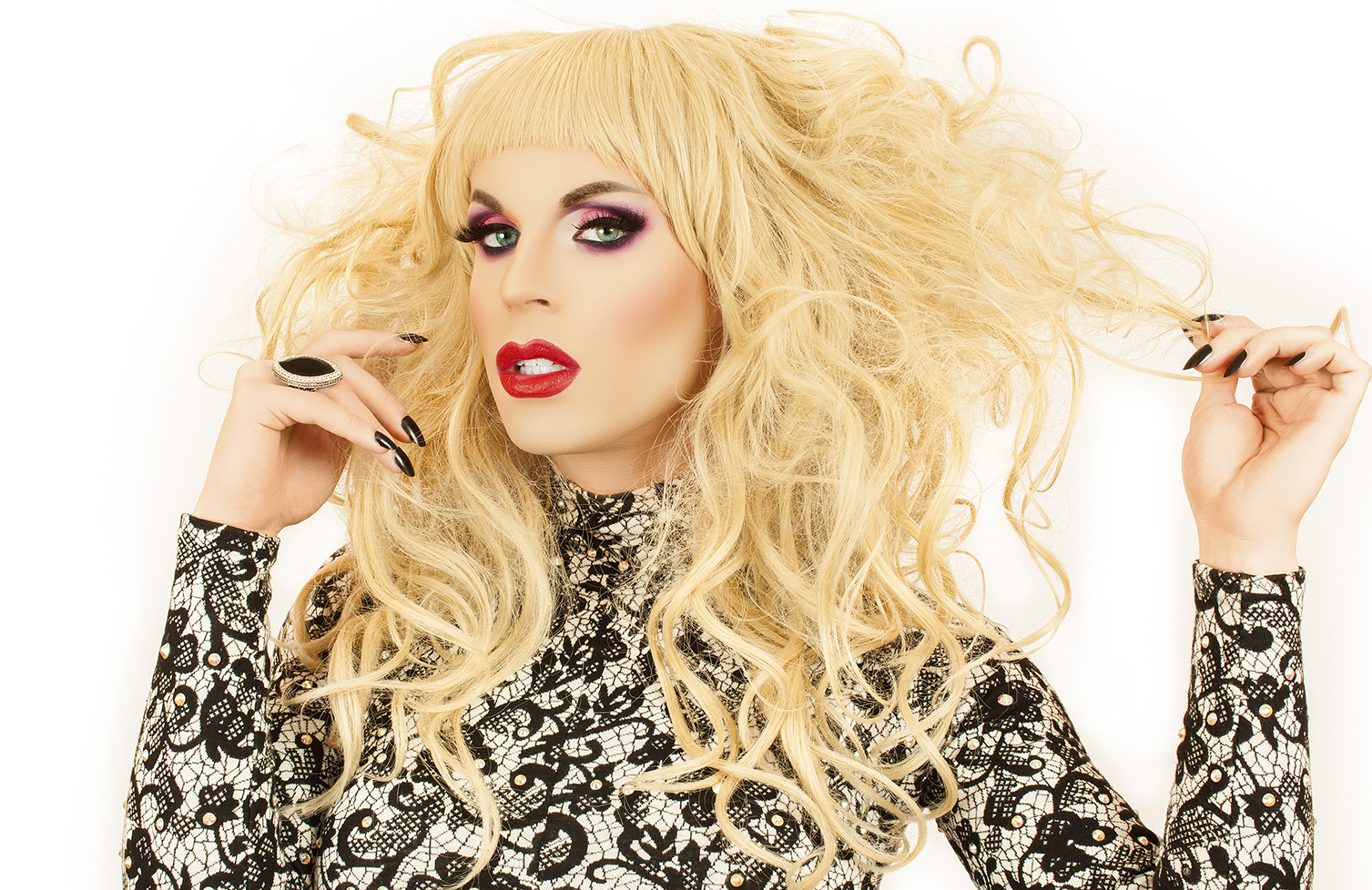 Okay… Katya hasn’t yet had a major fictional role, but she has had her own, positively wonderful TV show. To ignore it would be folly.

Key role: Co-host of Vice’s The Trixie and Katya Show, which sprang from a web series that continues to drop delightful new episodes to this day.

Who are you most looking forward to seeing on AJ and the Queen? Weigh in on our forums.

Mark Blankenship is a critic and reporter who has contributed to The New York Times, Variety, and many others. Tweet him at @IAmBlankenship.

Good times: Highlights of this week’s events in Christchurch – Stuff.co.nz