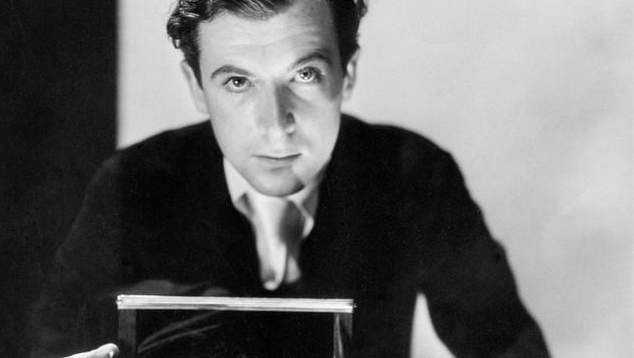 Born in London he found success as photographer in America in the 1920’s where he took photographs for publisher Conde Nast including their popular magazines Vogue and Vanity Fair. Beaton became well known for his celebrity portraits. He was fired from Vogue in 1938 when they discovered he inserted small anti-semitic phrases into images.

Returning to England he worked for the British government, after he was recommended by the Queen, and took photographs during World War II . His photographs of London after The Blitz are regarding as some of the best documentation of the damage the city suffered.

Beaton regularly photographed the British Royal Family, including Elizabeth, the Queen Mother, and Queen Elizabeth II. He was knighted for his services in 1972.

After the war Beaton branched out into set and costume design for the theatre and received high praise for his work on the musical My Fair Lady, he went on to create the costumes for the film version, and also work on the movie Gigi.

Just a few weeks before his death Beaton recorded an interview with the long running BBC show Desert Island Discs, it was broadcast a few weeks after his passing.

Throughout his life Beaton had relationships with men and women, among his paramours were the dancer Adele Astaire and actress Greta Garbo. He had a long relationship with American Olympic fencer Kinmont Hoitsma.

Also on this day in history…

Japanese author Yukio Mishima was born in 1925. He is considered one of the most important authors of Japanese literature.

During his life he wrote 34 novels, about 50 plays, about 25 books of short stories, and at least 35 books of essays, one libretto, as well as a film.

In 1949 he published Confessions of a Mask, a novel about a young man who has to hide his homosexuality to fit into society.  In 1951 he published the book Forbidden Colours which had a homosexual relationship, two years later he authored a sequel Secret Pleasure.

Mishima visited gay bars to research his novels. After his death in 1970, the author’s wife denied he ever had homosexual relationships, but 1998 author Jiro Fukushima published an account of his same-sex relationship with Mishima that took place in 1951. Mishima’s children successfully sued him for invasion of privacy.

In 1968 he formed the Tatenokai, a private militia that sworn to protect the sovereignty of Japan.  The group, mostly made up of young men, studied martial arts and bodybuilding, committed to the code of Bushido, and had an extreme political agenda.

In 1970 Mishima and four of his disciples entered the Tokyo headquarters of the Japanese self defence forces, taking the commanding officer hostage, Mishima gave a speech to the soldiers with the intention of staging a coup. The soldiers jeered and laughed at him. Mishima committed seppuku, the Japanese ritual suicide.

Actress Holland Taylor will celebrate her 77th birthday today. Best known for her roles in TV shows including The Practice, Two and Half Men and her Tony nominated performance in Ann –  a play she wrote herself – Taylor is the partner of actor Sarah Paulson.

In 1952 members of Mattachine Society in Los Angeles got together to discuss the idea of publishing a magazine for the LGBT community.

They named their organization ONE Inc. and put out the first issue in January, 1953. In 1954 the US Postal Service refused to deliver the magazine declaring it to be obscene. The publisher took the postal service to court and won the case.

In 1956, ONE opened the Institute for Homophile Studies. THe magazine was published until 1969. Today, ONE Archives at the University of Southern California Libraries is the largest repository of LGBT materials in the world. It contains over two million historical items.