California´s legal cannabis business has made huge strides in creativity since recreational cannabis became legal in late 2016. Dispensaries now sell a wide range of cannabis products.  They sell bud, hashish, oils, cannabis drinks, and other products.  As consumables have become more popular, businesses develop more edibles.  Cannabis consumers no longer limit themselves to cannabis brownies and cannabis gummy bears.  Experience with cannabis has broadened. Major celebrities such as Miley Cyrus and Chris Rock are heavily involved in cannabis.  The Original Cannabis Cafe is the first restaurant in the United States where one can smoke cannabis and eat at the same time.

Of course, even its strategic location in West Hollywood, the Original Cannabis Cafe has celebrity involvement.  How else is anything launched in Los Angeles?  The four main celebrity investors are Chris Rock, Sarah Silverman, Mark Ronson, and Miley Cyrus.  Of course, such celebrity investment has attracted other celebrities as clientele. Among them are Woody Harrelson, Paris Jackson, and Chelsea Handler.  The parent company of the Original Cannabis Cafe. The parent company of the restaurant is the fastest-growing cannabis brand in California. So it´s rather obvious why celebrities would associate their name with this. 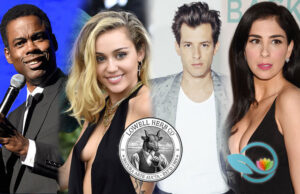 As Lowell Cannabis Cafe, the Original Cannabis Cafe opened up in West Hollywood in October 2019.  While it offers cannabis and cannabis products for use while eating, it does not yet offer cannabis-infused menu items.  The Original Cannabis Cafe is awaiting FDA approval before they can infuse food served on-premise with cannabis.  One must be 21 and over to be served. There´s valet parking, and of course, many customers use Uber to come and go.  To get there by public transportation, take the Red Line to Vermont and Santa Monica Blvd. Get off, and take the bus westward to La Brea and Santa Monica Blvd. It´s hard for many people to believe, but Los Angeles does have public transportation.  So if one doesn´t want to use an Uber, take the train and bus. It should be noted the trains do not run all night, so please check the schedules.

The menu is basically typical light American food blended with Mexican food.  It has a combination of salads, rice and beans, burgers, french fries, sweet potato fries, corn dogs, chicken, and burgers.  They also have desserts. The Original Cannabis Cafe has standards sweets such as pastries, ice cream, and chocolates. To drink there are various juices, teas, and coffee and sodas.  The cafe has a wide variety of cannabis products. There´s a huge range of cannabis to smoke. Prices vary according to quality and the strain of cannabis.  While there are no food menu items containing cannabis, there are a number of cannabis-infused drinks. There are also cannabis-infused candies such as gummies. 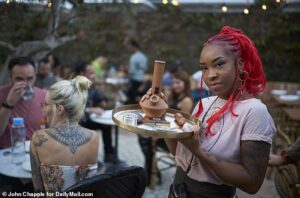 The restaurant has a number of reviews on Yelp.  The overall rating is 3 and a half stars.  Which is pretty good. Customers overall liked the menu, the staff, and the cannabis products.  Some complained about how tight it was at times to get a reservation.

The Original Cannabis Cafe is quite popular. One will need to make reservations, particularly on weekends. The cafe hosts private events as well.  Reservations can be made as much as 30 days in advance. 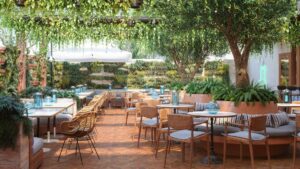 The Original Cannabis Cafe is the first of eight licensees to open up in West Hollywood.  The other licenses are licensed to sell cannabis in their restaurants as well.  West Hollywood is an excellent location to have cannabis restaurants. It´s a well known gay city. 40 percent of residents identify at LGBTQ.  Therefore it gets a number of LGBTQ tourists due to the gay bars and clubs on Santa Monica Boulevard.  It is next door to Beverly Hills.