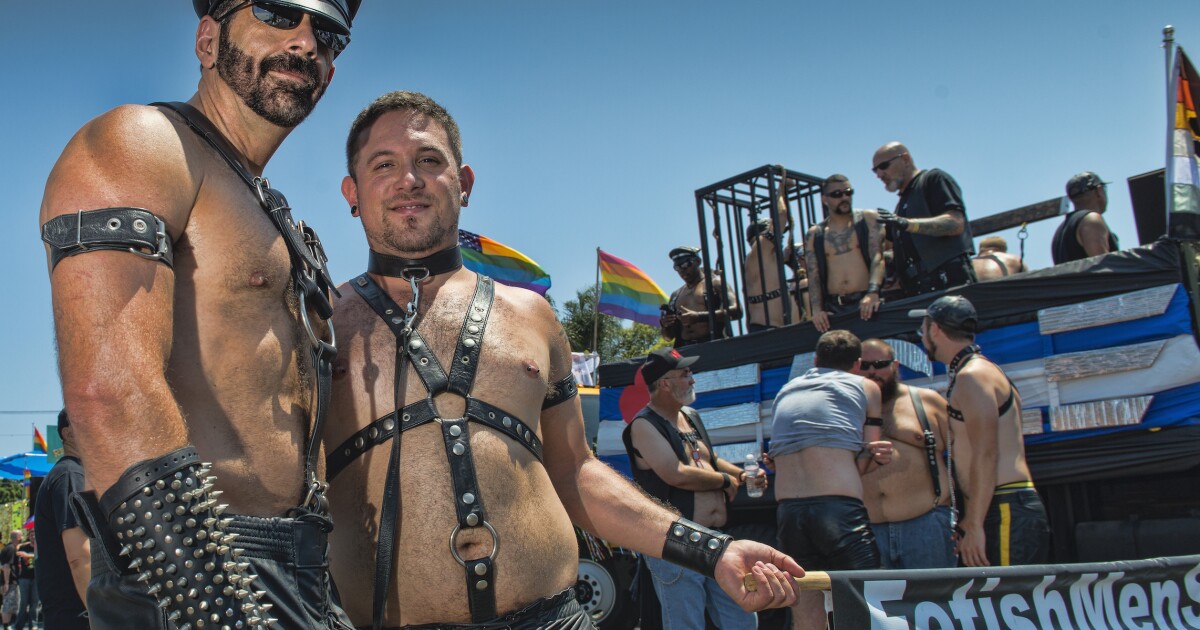 This past weekend, my boyfriend and I celebrated Restaurant Week in D.C. by going out to eat at a fancy Mexican joint that would usually be out of our budget, and then we started (re)watching Game of Thrones on HBO. A slightly older gay man I know spent the weekend at home with his husband and their newly adopted infant. Across the country, untold millions of gay people such as us went about their normal lives, without making any headlines in the process.

Meanwhile, D.C.’s degenerate gay community was busy celebrating “leather weekend” — giving us all a bad name and annihilating what progress we’ve made. Homosexuals were wrongly maligned for centuries as perverts and deviants. Modern left-wing gay people seem determined to keep up the public displays of debauchery that keep this stereotype alive.

Suffice it to say I am going to drag these deviants, and all they do to annihilate gay progress and acceptance. https://t.co/2nJZ19zIFK

I’ve written in these pages in the past about the way this manifests itself during Pride Month every June. As I wrote then, “At almost any Pride event, you’ll find scantily-clad marchers, rainbow-themed sex toys, and profane posters … the hypersexualization of the Pride movement is so extreme that it’s reinforcing the biases some Americans still have against gay people.”

This phenomenon, wherein a loud minority of “progressive” gay people flout their deviancy in public and reinforce bad, faulty stereotypes, was on display once again this weekend. The annual Mid-Atlantic Leather Weekend took place, selling out as thousands of gay people descended on the capital for “queer/transgender people of color kinky queer events.”

According to liberal gay news outlet the Washington Blade, the Mid-Atlantic Leather Weekend, or MAL for short, is “a three-day party for leather, kink and fetish enthusiasts that continues to grow in popularity with scores of packed venues across the district.” The event doesn’t appear to be exclusively gay and transgender focused, but that overwhelmingly seems to have been the public slant.

The paper also reported, “Two groups adding diversity to the festivities this year are the People of Color Kink and Leather Experience (POCKLE) and Sadie V, a PoC leather community. Both groups are hosting MAL queer/transgender people of color kinky queer events Friday and Saturday at the Hampton Inn.” Many of the events took place at gay bars, and the agenda included events such as “Deviant,” a “circuit party and celebration for queer people of color,” as well as “Sungay,” described as “an outdoor day party with leather aficionados, muscle boys, bears and more.”

This is disgusting. But it’s more than that: It’s eminently harmful to gay progress and acceptance.

For one, it’s bizarre to see anyone so openly boast about their sexual “kinks” and perversions. They should certainly be free to do whatever they want, but there’s absolutely no reason to turn one’s odd sexual fantasies into a public convention. The bigger problem, though, is the way these people conflate their sexual deviancy with homosexuality. There is, in reality, nothing about “leather,” “kink,” or “fetishes” that is at all related to homosexuality. I would argue that these people are no different from heterosexuals with similar perversions, so why the exhibitionism?

And it’s an affront to gay acceptance, the fight for which was actually rooted in an appeal to family values and bourgeois norms. The fight for gay marriage in the court of public opinion was, in part, won through the sentiment that gay people should have the same right to marry and be miserable as everybody else. Real progress has been made by showing people that real-life gay people tend to be as boring and domestic as anyone else.

But these activists seek to exploit society’s growing tolerance by mixing in their affinity for debauchery with the never-ending LGBTQIA2+ (and so on it grows …) acronym and loosely defined “community.”

The effect of this sleight-of-hand, where they sneak debauchery into the gay community’s public image, is to debase our claim to acceptance and normality. The last way to remedy the fact that some segments of society still think our lifestyles are immoral is to flaunt perversion proudly and conflate it with all gay people.

‘I love my husband’: Buttigieg responds to Limbaugh claiming America is not ready for a gay president – USA TODAY