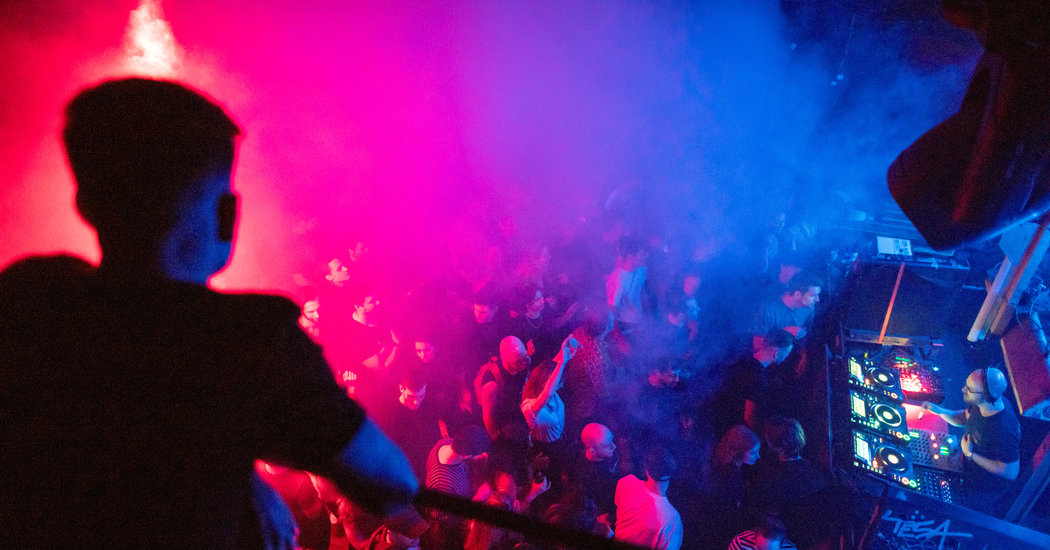 BERLIN — On Wednesday afternoon, about 300 protesters gathered in front of a municipal building in the southeast of Berlin, dancing and holding signs. “All clubs are beautiful,” one placard said; “The day I stop dancing is the day I stop breathing,” read another.

Accompanied by loud techno music, they had come to protest the impending closure of Griessmuehle, a well-known nightclub. As has happened to numerous Berlin venues in recent years, the club is being evicted because new owners plan to redevelop the site.

Several politicians addressed the crowd, including Martin Hikel, the mayor of the Neukölln district, where the protest took place. “There is a consensus among parties that club culture should be protected,” he told the demonstrators, adding that there was “the political will” to take action on the issue.

Berlin is known for its freewheeling club scene, but in the last decade, that culture has come under increasing pressure from real estate investors and infrastructure projects. The situation is complicated by an acute housing shortage, and the city’s dramatic economic growth. In recent years, many formerly abandoned spaces have been redeveloped as offices and apartments, and real estate prices have soared.

According to the Club Commission, a group dedicated to promoting and protecting Berlin’s night life, about 100 clubs have closed over the past decade, and about 25 venues are currently under threat. There’s even a German word for it, “clubsterben,” or “club dying,” that has entered the mainstream lexicon.

A growing number of politicians from across the political spectrum have taken up the cause, partly to protect the venues’ unique role in the city’s cultural fabric, but also because the clubs are moneymakers for the broader economy. According to a study by the Club Commission, tourists visiting Berlin for its club scene contributed 1.5 billion euros, or about $1.66 billion, to the capital’s economy in 2018. The clubs have also played a large role in attracting young workers for the city’s start-up scene, which many politicians see as crucial to Berlin’s economic growth.

In an interview, Lutz Leichsenring, a spokesman for the Club Commission, said, “It’s easier to attract start-ups to Berlin than to Munich and Hamburg. And that’s not because we have better shopping options.”

In recent years, as gentrification has driven a rise in disputes between venues and residents, and led to many closures, other major cities have started initiatives to protect club culture. Amsterdam, London and Paris have all appointed “night mayors,” and, in 2017, New York established an Office of Nightlife to mediate between bars and clubs, the government and residents. But perhaps no other major city in the world is as defined by its club scene as Berlin, or stands to lose so much, both economically and culturally, if too many venues disappear.

The city’s club culture, which emerged in the 1990s after D.J.s and organizers began throwing parties in ruined buildings after the fall of the Berlin Wall, is known worldwide for its focus on techno music, and for its unvarnished, anything-goes nature. Many parties, including at Griessmuehle, go on for several days.

This fall, Caren Lay, a lawmaker for the Left party in the German Parliament, proposed legislation that would offer clubs greater protection from rent increases and strengthen their classification in building law. In an interview, she explained that clubs were placed in the same urban-planning category as brothels, making them vulnerable to eviction. She would like them to be considered as cultural institutions, on a par with theaters and concert halls, she said.

“If more good clubs close, we would be on our way toward being another boring, faceless city,” Lay said.

More people come to Berlin to go to Berghain, one of the city’s most famous techno clubs, than to go to the Staatsballett, the ballet company, she said. “Both are great,” she added, “but it’s time they are seen as being on the same level.”

The Greens have made a similar proposal, and Lay said she hoped that the resulting public pressure would force members of the governing coalition — comprising the center-left Social Democrats and Chancellor Angela Merkel’s center-right Christian Democrats — to adopt more protective measures when Germany’s building law comes up for debate later this year.

Since 2018, Berlin’s state government has also offered €1 million in funding annually to support soundproofing measures in clubs, an effort to limit conflicts between venues and nearby residents.

Yet, despite state support, many clubs remain at risk. This fall, the KitKatClub, a popular fetish and dance venue, announced that its landlord had refused to extend its lease, though negotiations were still ongoing.

Several other well-known clubs, including About Blank and Salon zur Wilden Renate, are threatened by a planned autobahn extension. The project, which was proposed over a decade ago and is meant to allow drivers to bypass the city center, is the subject of a continuing dispute between the federal and state governments, and is likely to be a major issue in next year’s state elections.

Griessmuehle, which was founded eight years ago on the site of a former noodle factory, is sandwiched between a canal and a train line. It has a playground-like outdoor area and has become known for its open-air events, and for hosting a monthly, multiday L.G.B.T.Q. party called Cocktail d’Amore.

David Ciura, the club’s managing director, said he first spotted the space while riding past it on a train, and managed to negotiate a sublease agreement with its former occupants, a logistics company, in five minutes. “That will not happen again,” he said in an interview.

The property was sold four years ago to a subsidiary of S Immo, an Austrian real estate company. Last summer, the new owners announced that they would not renew the club’s sublease. In a statement, a spokeswoman for the company said that the plan was to build “offices, lofts and workshops, as well as a community hall” there.

This week, state and local lawmakers, and members of the Club Commission, negotiated concessions from the new owner, including allowing the club to hold a closing party and exploring the possibility of opening a new club space in the developed site. Ciura said he did not want to jeopardize negotiations by commenting on them, but he added that “without the politicians getting involved and pushing the conversation, nothing would have happened.”

“Without the clubs, not only the direct but also the indirect flow of money into the city would decrease,” he said. “A lot of politicians now have it at the top of their agenda, but the more politicians take up the subject, the better.”

The Ultimate House and Techno Lover’s Guide to Coachella 2020 – EDM.com