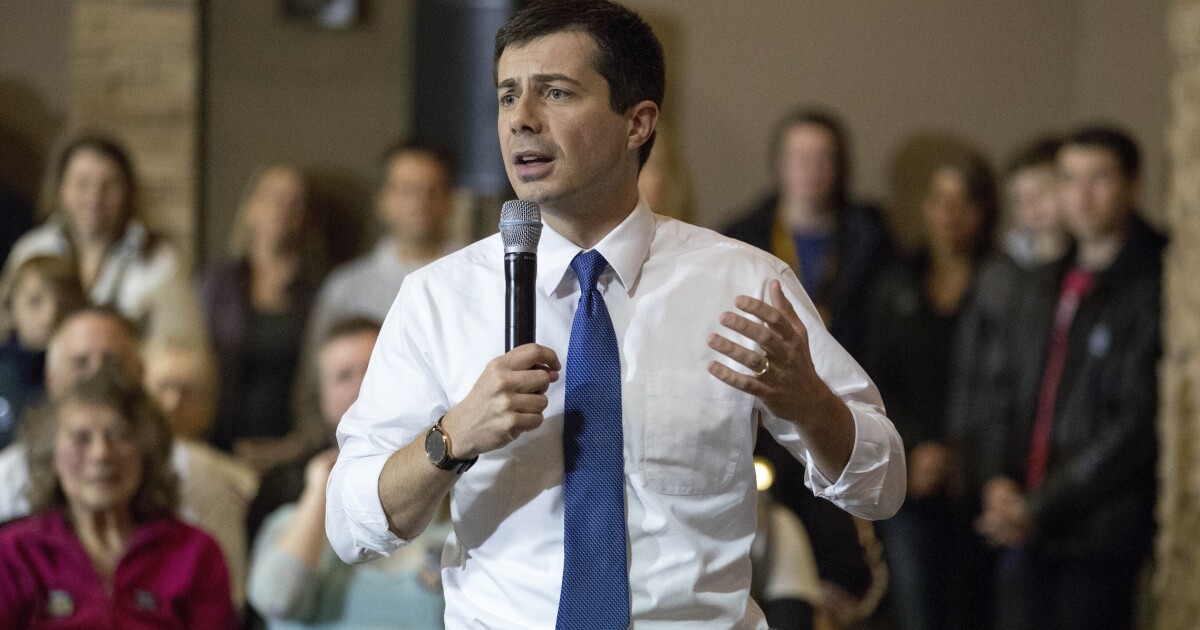 Pete Buttigieg’s pitch to Democratic donors in Chicago was overshadowed by protesters.

During a fundraiser of more than 300 people at the tony Standard Club on Saturday, Buttigieg, the former mayor of South Bend, Indiana, was interrupted by two demonstrators while he was trying to answer questions, according to a pool report.

One of protesters asked Buttigieg, 38, an openly gay Afghanistan War veteran, how a “transgender, queer, or nonbinary teen who is disowned by their wealthy, homophobic parents and therefore cannot afford college” can further their education “because you oppose universal free public education and the majority of voters do?”

“I have great news for you: That person will get free college under my plan because what we are doing is basing it on somebody’s ability to pay. Now, if you are in the top 10% by income, I am going to have to ask you to pay your own tuition,” Buttigieg replied.

A second demonstrator then jumped in, according to the pool report, confronting the mayor for about three minutes on his record with the black community and criminal justice issues.

“I need you to respect me, and respect my question, and respect the people of South Bend! You’re saying solidarity, you’re saying rules of the road, and you’re not following them yourself. You don’t love me; you won’t let me ask my question,” shouted the protester, who also identified as “queer and nonbinary.”

“Even though you’re supporting another candidate, I respect your belonging,” he added.

The protracted exchange prompted an annoyed audience member to yell: “You’re not the only person in the room!”

One week from Iowa’s Feb. 3 kickoff caucuses, protesters have upped their efforts to undermine Buttigieg’s White House bid. Two demonstrators linked to Black Lives Matter disrupted a town hall this month in Des Moines, Iowa, voicing similar complaints about his African American outreach to activists a couple of days prior during a California swing.

Earlier, Buttigieg told the crowd his campaign for the 2020 Democratic presidential nomination was “on our way to a victory in the Iowa caucuses,” despite flagging in recent state-based polls. While RealClearPolitics data has him averaging 16.8% support, he has solidified himself in a lower tier to front-runners Joe Biden and Bernie Sanders.

“This moment we’re in, this is a stretch some call the end of the beginning, that is drawing us to that first caucus night. This is a moment that is going to bring out heated competition more than ever, and the elbows come out, and critiques will come out, and that’s OK,” Buttigieg said.

He continued: “But, at the end of the day, we’re going to have one nominee. The 25 people who didn’t get to be the nominee and their supporters are going to have to together around one who does because we know what we’re up against in this country, and it is not each other.”

‘I love my husband’: Buttigieg responds to Limbaugh claiming America is not ready for a gay president – USA TODAY