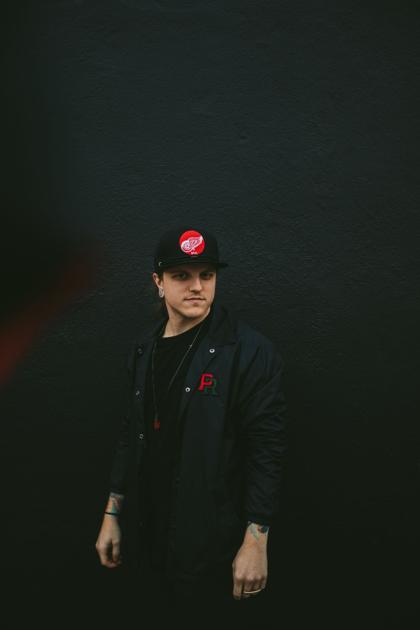 What Wicked is to bass and dubstep, Codi Carroll hopes Loveless will be for house music.

Loveless 2020 takes over the Domino Room on Thursday with a bill featuring house DJs/producers Dr. Fresch, Bijou, Freak On and Carroll, who organized the show. The event is put on by local promoter John Davis and Carroll’s production company, 1988 Entertainment, which also organized the Wicked shows on Halloween last year and the year before at the larger Midtown Ballroom.

“I wanted to have two events a year, and I wanted them to be completely opposite,” Carroll said. “I wanted one for bass music because bass music is really popular around here. It’s another genre that I also really enjoy, but it’s nothing that I play too much out (while DJing). So, I also wanted to do a house show because I feel like as a promoter and as a DJ, I want to see music that you would think would never come here.”

For Carroll, who has performed as a DJ in Central Oregon and beyond for about nine years, the nightclub and DJ scene in Bend is “really hit or miss,” especially for house music. Local groups and DJs such as Beat Lab Radio, Bassmint Events and Chelsea Lodge (AKA DJ ChellyBean) have held down the fort for original electronic music in town. But house — a genre marked by repetitive, four-on-the-floor beats and upbeat tempos that originated in Chicago about three decades ago — has less of a foothold in Bend and the Pacific Northwest in general, Carroll said.

“You do have a small niche of things, but they’re very niche, they’re very underground, they’re very D.I.Y., which is pretty cool if you’re into that thing,” he said. “But if you’re trying to see big, high-level DJs or a really big production, you’ve got to go to Portland or you’ve got to go to Seattle. … And that’s also why John and I wanted to do these two shows because we felt that there was a need to do a bigger production, higher-level value of shows here.”

To that end, Carroll tapped Dr. Fresch and Bijou to perform. Freak On, a friend of Carroll’s who used to be based in Portland and now lives with Dr. Fresch, was also a natural fit.

“Dr. Fresch is in my opinion one of the pillars in terms of the bass house and g house movement; it’s a newer genre of house music that’s come up in the last five or six years,” Carroll said. “… If you like this kind of music, you know his name; everyone listens to him. And then Bijou is kind of in the same realm, but he’s a little bit more well-rounded in that he’s not just strictly going to be bass house or g house — it’s gonna be a little bit more of the four-on-the-floor … upbeat and feel-good house music.”

Since house is one of Carroll’s favorite genres to perform when he DJs, it made sense for him to open up the show. He’s been working with Davis since he was 14 years old and helped to start 1988 Entertainment, which changed its name from Red Light Productions about a year ago.

Davis and Carroll’s interest in music started with punk, metal and hardcore. The two wanted to see more of those kinds of shows in Central Oregon and started booking bands in the early 2000s.

While 1988 Entertainment books all genres of music today and also hosts shows in Ashland, Medford, Eugene, Portland and Seattle, it started out strictly metal, hardcore and pop-punk, reflecting Davis and Carroll’s taste at the time. But Carroll also was discovering electronic artists such as Daft Punk, Justice, Deadmau5 and Pendulum at the same time.

Red Light/1988 Entertainment went on hiatus in the late 2000s while Davis toured with bands such as Capture the Flag and Carroll studied network engineering at Central Oregon Community College. During the break, Carroll’s interest in electronic music blossomed after he heard “2nite,” a song by Brazilian DJ duo Felguk, in a promo video for the 2010 edition of EDM festival Electric Daisy Carnival.

“I found the song, and then I just kept listening to it and listening to it and listening to it,” he said. “And then eventually what happened was I would get other songs of theirs recommended to me, and then I started listening to those songs. You just get sent down a rabbit hole. In the DJ world, a lot of DJs and producers will collaborate with other DJs and producers. So you go, ‘Oh, that’s a really cool song with this artist and this artist; I’ve never heard of that artist, let me check him out.’ Then you go listen to all of his songs and then you find another new artist, and it just keeps going forever.”

He started DJing soon after when he reconnected with techno DJ and former Bendite Tyler Rouse. Rouse, who is now based out of Los Angeles, was visiting for a few months, and the two bonded over electronic music.

“He actually had started DJing about six months before that, and then he started teaching me how to do it,” Carroll said. “And as soon as I got a hold of his controller and he started teaching me and showing me, I wanted to do it all of the time. I became obsessed with it to the point where I bought myself a controller a few months later. I started trying to play anywhere I could.”